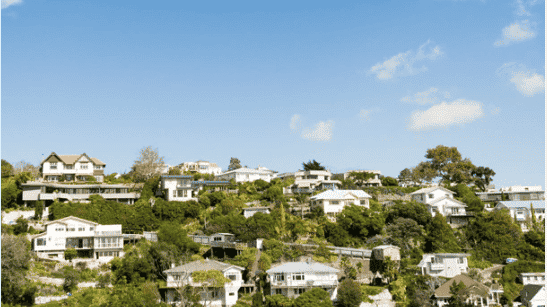 The latest State of the States report has shown home loan commitments remained above decade averages despite the cost of living pressures.

CommSec’s State of the States July quarterly report revealed housing finance commitments were “well above” decade averages in all of the eight states and territories — repeating the performance reported in the previous report.

While the rising cost of living has put pressure on Australian households, home loan commitments went up across the country with the ACT leading the country.

The value of home loans went up by 71.2 per cent on the long-term average in the ACT (to the value of $549 million) making it the only region to record “above year-ago levels” on home loans.

The territory also ranked first on equipment investment, which was up by 60.8 per cent on the decade average (to $222 million), ahead of previous top-ranked Tasmania (up 36.1 per cent).

Victoria was the next strongest in housing finance (up 64.9 per cent) followed by Queensland (up 55.6 per cent) and NSW increased by 49.6 per cent, on the decade average from May data.

The Northern Territory remains the weakest for housing finance with commitments 6.2 per cent higher than its decade average. While Western Australia was up 32.6 per cent on the decade-average, behind South Australia (up 45.8 per cent) and Tasmania (up 46.1 per cent).

However, Western Australia reported a 19.4 per cent increase in equipment finance, overtaking South Australia (which went up 18.6 per cent).

It’s important to note in the past, the “trend number” of loans was used, but the Bureau of Statistics made changes to the home loan data, resulting in CommSec using “seasonally adjusted values” instead.

Turning to home prices, national home prices rose by 11.2 per cent over the year to June, which was down from the 32-year high of 22.4 per cent set reported in January 2022.

While all of the states and territories recorded annual growth in home prices for June, the annual growth rate fell in all economies in July except for South Australia.

The strongest annual growth in home prices was in South Australia which went up 25.3 per cent, followed by Queensland (up 23.8 per cent) and Tasmania up 17.6 per cent.

The ACT went up 16.3 per cent, followed by NSW, which saw a 9.0 per cent rise and Western Australia and the Northern Territory both ticked up 6.2 per cent.

The slowest annual growth in home prices was Victoria (up 4.8 per cent).

When looking across the states and territories at what buildings had started, the data revealed South Australia remained in the top position.

South Australia reported a 17.3 per cent increase in dwellings started when compared to the decade average on the March quarter data.

In addition, construction work done was 18.9 per cent above the decade average in SA.

The ACT remained in second place with dwellings starts now 14.2 per cent above decade averages, but construction work was down 6.9 per cent.

Victoria was in the third spot with starts up 12.4 per cent on the decade average, followed by Tasmania (up 11.5 per cent).

In the top-end dwelling starts in the Northern Territory were 67.9 per cent below the decade average. Next weakest was Western Australia (down 28.1 per cent); NSW (down 17.5 per cent); and Queensland (down 5.7 per cent).