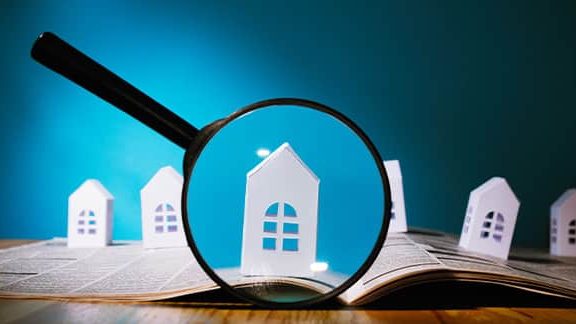 The value of Australian housing grew 1 per cent in December, bringing the total increase in values to 22.1 per cent for 2021, according to CoreLogic.

The property data and analytics provider has revealed that the pace of housing value growth slowed to 1 per cent last month, with the combined capital cities growing by 0.6 per cent and the combined regional areas growing by 2.2 per cent (the highest in nine months).

While December 2021 saw values continue to grow, the pace of growth continues to soften. In November, the value increase was 1.3 per cent, which was down from the high of 2.8 per cent growth in March 2021.

Taking into account the annual growth for the calendar year 2021, property prices were up 22.1 per cent, with regional areas up a whopping 25.9 per cent and the combined capital cities up 21 per cent.

Brisbane continued to perform strongly in December, with values increasing 2.9 per cent in December 2021 alone, the highest rate of growth in all capital cities. Overall, the Queensland capital saw values rise the most last year, with housing values increasing by 27.4 per cent over the year, to a median value of $683,552.

However, it was Hobart that took the title as the capital with the largest increase in prices over the course of the year – with CoreLogic outlining that it ended the year 2021 with prices up 28.1 per cent where they were the year prior. The median dwelling value in Hobart by the end of the last year was $694,261, the group revealed, following the 1.0 per cent growth in house prices in December. Regional areas of Tasmania were also markedly up – having increased by 29.5 per cent over the year.

Sydney dwellings rose by 0.3 per cent in value in December, closing the year with a 25.3 per cent increase and taking the median property value to just under $1.1 million. Over the year, the regions of NSW saw the largest increase in dwelling values – escalating by 29.8 per cent in the 12-month period. For example, the Southern Highlands and Shoalhaven recorded the highest annual rise in home values at 37.7 per cent.

Meanwhile, Melbourne recorded its first month-on-month fall in values since October 2020, dropping by 0.1 per cent in December. The annual price increase in the Victorian capital was 15.1 per cent, according to the data.

CoreLogic noted that the slowing trend in Sydney and Melbourne could be explained by the fact these two cities had much larger deposit hurdles, caused by higher housing prices alongside low-income growth, as well as a recent surge in advertised inventory levels and weak demographic trends. However, in Brisbane and Adelaide, housing affordability is less challenging, advertised stock levels remained “remarkably low” and demographic trends continue to support housing demand.

The Australian capital of Canberra ended the year with dwelling values up 24.9 per cent on 2020 levels, with the final month of the year seeing values rise 0.9 per cent. The median value of dwellings in Canberra is now $894,338.

Over in Perth, dwelling values rose 0.4 per cent in December to close out the year 13.1 per cent higher than in 2020. CoreLogic suggested that the slower conditions across the Perth housing market may be attributable to the disruption to interstate migration caused by extended closed state borders, which has had a negative impact on housing demand.

Similarly, Darwin recorded a 0.6 per cent price growth in December, taking the annual percentage change to +14.7 per cent. The median value for dwellings in the NT capital is now just under $499,000.

He noted that momentum had slowed quite sharply in both Melbourne and Sydney, with Australia’s two most populous cities recording the softest monthly reading since October 2020.

“A surge in freshly advertised listings through December has been a key factor in taking some heat out of the Melbourne and Sydney housing markets, along with some demand headwinds caused by significant affordability constraints and negative interstate migration,” Mr Lawless said.

He suggested that the most expensive houses were now leading the slowdown. Across the combined capitals, upper quartile dwelling values were up 2.6 per cent in the December quarter, compared with a 3.7 per cent rise across the lower quartile and broad middle of the market.

“We have seen this trend in previous growth cycles, where more expensive housing markets have shown greater levels of volatility; housing values tend to rise more through the upswing but record a larger decline through the down phase of the cycle,” Mr Lawless said.

Record sales despite shortage of listings

The year 2021 also continued to see a shortage of listings, which has been a feature of the housing market throughout the COVID period.

CoreLogic added, however, that total listings had started to rise through the final quarter of the year as “fresh” listings have trended above average in some regions. Nationally, the number of new listings added to the Australian housing market through December was 21.4 per cent above the five-year average, which it said demonstrated strong vendor confidence amid quick selling times and high auction clearance rates.

“The number of homes available to purchase has been a key factor underlying the trend in housing values. Cities where advertised stock levels are above average or close to normal, such as Melbourne and Sydney, have shown a more obvious slow down relative to cities with persistently low advertised supply, like Brisbane and Adelaide,” Mr Lawless said.

While stock levels have generally been low, the total number of home sales in 2021 was approximately 40 per cent above the decade average. CoreLogic estimates there were approximately 653,000 house and unit settlements over the calendar year, the highest number of annual sales on record.

“Such a significant mismatch between available housing supply and the level of demand is a fundamental reason why housing prices have risen so sharply over the year,” Mr Lawless said.

“As stock levels normalise and affordability constraints along with tighter credit conditions drag down demand, it’s reasonable to expect growth conditions will be more subdued in 2022.”

CoreLogic noted that the increasing affordability challenge (higher housing values against low-income growth) will continue over the year ahead, and will likely be a “hot political topic” this year as the country heads to a federal election.

Other downside risks for housing would be “an early lift in interest rates and tighter credit policies”, according to CoreLogic, which would act as a dampener on housing activity.

It concluded that although there are some headwinds building for the housing market, it is expected national housing values will continue to rise in the short-term, even if interest rates rise earlier than expected, given that the cost of debt is likely to remain well below long-term averages, which will continue to support housing  demand for an extended period of time.