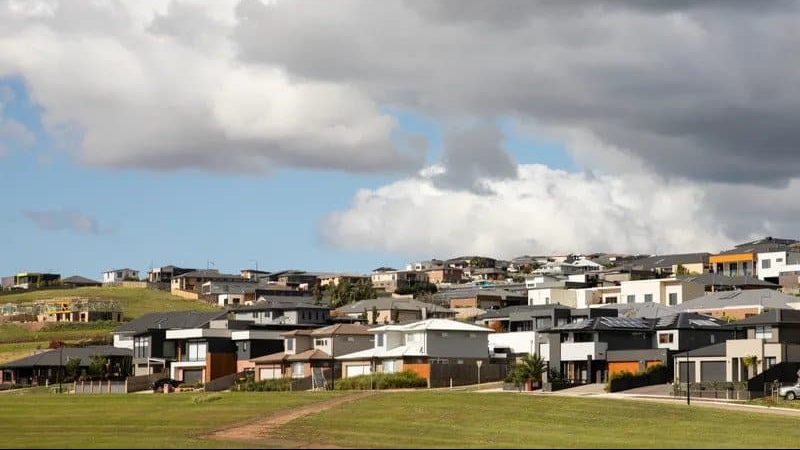 The Reserve Bank has begun an expected tranche of interest rate increases in response to spiralling inflation.

House prices have already started to stagnate as a result, with the latest PropTrack Home Price Index showing a very modest 0.13% growth rate during April – the lowest monthly increase since May 2020.

And that was before the RBA raised official interest rates for the first time in more than a decade at the start of May.

“The momentum has come out of prices,” PropTrack economist Angus Moore said.

“But it’s no surprise. Prices were up 35% since the pandemic began and we were never going to maintain that growth.”

Westpac economist Matthew Hassan said rate hikes will curtail the borrowing power of many new buyers, and that will see demand soften, flowing through to the market.

“It will be quite a big shift – Sydney and Melbourne are already in a correction phase, turnover has dropped a good 25%, and the auction market has softened quite a lot,” Mr Hassan said.

Several different elements have combined to create a unique kind of uncertainty over the Australian housing market.

Despite repeatedly saying interest rates wouldn’t rise until at least 2024, the RBA was forced to move in May this year, and further hikes are on the way. What impact will this have on property markets?

Real Estate Institute of Australia president Hayden Groves said the market “can carry on” but there may be a price retracement because of multiple potential interest rate rises over the course of the year.

“But if prices do fall back, I don’t think it will be as substantial as some commentators are expecting,” Mr Groves said.

“As interest rates increase, the high growth cycle will stall and we’ll enter a different cycle where prices will decline but it’s difficult to see house prices falling significantly while we still have a shortage of supply,” Mr Reardon said.

Australia has been in something of a trade war with China for the better part of two years, and it remains to be seen if the change of government can ease tensions with our major trading partner.

Those frictions have placed pressure on supply chains, which were worsened significantly by the COVID-19 pandemic and disruptions to production, transport, and logistics.

China’s recent lockdown in Shanghai has crippled shipping, making the movement of goods even more delayed – and expensive.

Russia’s war in the Ukraine added further difficulties to the scenario. It has also seen the cost of fuel skyrocket.

The residential construction industry is battling through a serious ‘perfect storm’ of rising costs, booming demand, and a labour shortage.

A number of major players have folded in the past year, leaving customers out of pocket or with incomplete dwellings.

Even big companies are saying they’re losing significant amounts of money on fixed-price contracts because of the increased cost of completing builds.

How far will prices fall?

In Australia, owning a house is far more significant than just having a roof over our heads.

Property is a main driver of personal long-term wealth and so changes in values can either be euphoric – as we have seen over the last few years – or a cause for concern, and even panic, if prices move too far the other way.

Mr Moore said it was too soon to put a percentage figure on the expected price decline.

“If the RBA has to raise rates quicker than we’re expecting in order to tame inflation, we could see reasonably large falls in prices – a double-digit decline is not implausible,” he said.

What the banks think

The big four banks have issued their latest property predictions and all point to falls, either by the end of this year or in early 2023, when any ongoing interest rate rises are expected to bite.

Westpac expects to see a peak-to-trough decline of 14% until the end of 2024, wiping out most of the gains made since April 2021.

The Commonwealth Bank has predicted prices would end flat in 2022, before falling by 8% in 2023.

Which areas will be most impacted?

Because interest rate rises are the major factor in the forecast price falls, every section of the Australian market is expected to feel some effect.

“I expect it to be widespread,” Mr Hassan said.

“Sydney and Melbourne may be more sensitive to rate increases than the other capital cities and some of the regions, where the price run-up has been abnormally large, and could see more of a reaction than you might have expected in the past.”

Cities versus the regions

It’s largely down to the impacts of a pandemic-induced remote working shift, which is still being felt.

But if the end of the pandemic sees a reversal of that trend and a move back to CBD offices by workers, some regions – especially those close to the major cities – may experience a deeper correction.

“There is vulnerability in some of the regions,” Mr Hassan said. “Affordability still looks reasonable based on a capital city income but based on a regional income it looks very stretched.”

The REIA believes some regions will continue to outperform others, with Mr Groves pointing to smaller capitals, including his hometown of Perth.

“Perth has grown over the last two years but not nearly as much as the east coast cities,” he said. “A city like Perth could still continue to grow in value.”

So, what’s the good news?

While unemployment remains low and wage growth continues to move away from its December 2020 lows, albeit slowly, the interest rate rises alone – coming off an historically low base – shouldn’t be enough to bring serious distress into the market.

“When you get the big adjustments is when you have distressed sellers and a physical overhang of property on the market,” said Mr Hassan.

“While there may be some distress, the labour market is not likely to crash and see a lot of sellers coming on to the market. This should be a very orderly correction based around buying capacity.”

The reopening of Australia’s border and the resumption of the country’s migration program will soon see new residents flood into the country for personal and professional reasons.

Those new people – when trends return to normal, up to 160,000 per year – will all need somewhere to live, either in a home they purchase or a property they rent.

Data shows investors have returned to the market in a big way, after being largely absent in the early stages of the pandemic, drawn in by flattening price growth and soaring demand from renters.

On top of that, government incentives to help people into their own homes will also fuel demand for quality housing.

Those low rates of the past few years have also enabled many homeowners to get ahead on their mortgage repayments or to have saved enough to help sustain any economic hardships.

“Rate rises are going to be a new experience for a whole cohort of buyers,” Mr Moore said.

“But it shouldn’t be a problem for most because banks always assess you on interest rates that are higher than what you’re actually paying.”

And with a buffer of massive price increases over the past few years, a price correction is unlikely to cause a serious dent in the wealth of homeowners in the market before then.

“You should always look at property prices in the long term, not the short term,” Mr Reardon said.

“Even 10% is a very small decline relative to the increases of the past few years.

“Most Australians will still find their house is worth significantly more than when they purchased it.”