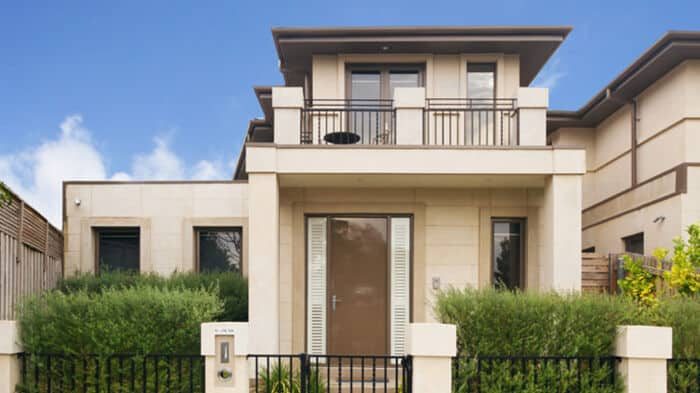 There are two things that impact Australian residential real estate prices the most. They are government policy and bank lending standards. Demand and supply are no doubt the ultimate drivers on price, that’s not disputed.

The two forces are effective in managing real estate price growth in Australia because we are also a relatively small market. The big four banks still control a vast majority of residential mortgages.

There has been growth in smaller lenders, but not to the scale that you would see in the UK or US.

Brokers are also a large distribution channel, which means regulators can make it harder or easier for a handful of banks and brokers with large effect.

So it’s no surprise to hear bank bosses, particularly at CBA, starting to sound caution on house price growth. The big banks would prefer regulators to step in and apply some tightening – not too much, but just enough to make life even harder for smaller lenders who generally find market share in riskier loans.

Given the strong run in house prices over the past two years, particularly since the banking royal commission wound down and especially after the record low cuts to rates following the pandemic, we’re likely to see more regulation around lending in the coming months. This will be effective in slowing down the rate of house price growth.

Regulators will have a wait-and-see approach.

They’ll start small: probably by the time this edition is printed and you are reading it, there will be some curbs in place. The economic recovery is still fragile, so they don’t want to push too hard. Just enough to create some caution among ordinary borrowers that debt is not a free lunch and prudent risk management is important to the overall financial system.

If real estate prices continue running hard into summer and through the new year, we can expect another round of tightening in the first quarter of next year and so on.

According to property data firm CoreLogic, the first round of macro-prudential policy intervention in late 2014 didn’t make an impact until mid-2015 due to the consultative approach adopted by the regulator APRA.

By May 2015, the rate of home value growth had started to reduce, moving into negative territory between November 2015 and April 2016.

The second set of tightening came in March 2017, which involved a 30% cap on interest-only home loans. The impact of this policy setting was more immediate, resulting in the pace of home value appreciations slowing markedly from the date of implementation. As a consequence, national home values declined between late 2017 and early 2018.

Again, I expect to see the same staged approach: start small, monitor the impact and then adjust if required.

The one thing to note, however, is that the drivers of house prices this year are very different from the drivers in 2014-17.

Back then investors were pushing the market higher. Sydney, for example, was the epicentre of investment activity, with investors comprising almost 56% of mortgage demand in early 2015. Because of this, house prices fell sharper than usual in Sydney.

Owner-occupiers and first-time buyers have so far been the drivers behind this current boom in prices. Investors are starting to come back, but the pandemic and economic disruption mean confidence needs to recover before you see the same extent of investors back in the market.

Early indications are that investor activity has picked up in recent months. But is it enough to scare the regulators? Perhaps just slightly.

There is another difference from 2014-2017 and that is the Reserve Bank has very little room to adjust its interest rate policy to address the housing problem.

The job would traditionally be easy. Higher prices would be offset by the central bank increasing rates a couple of times, sending a message of caution to the market and readjusting price expectations. But the RBA is in a very different position this time around.

It is forced to keep rates on hold because the rest of the economy needs cheap credit. Outside of residential housing, asset price growth is modest and inflation, particularly around jobs and wages, is sluggish.

The RBA also needs to look to its global counterparts, particularly in the US, Europe and Asia. Monetary policy is holistic and it’s much more convenient to have the banking regulators adjust the availability of credit to alleviate inflation concerns than use holistic monetary policy for one specific area.

There is a lot of debt in the financial system, particularly with governments, so rising interest rates could create a debt repayment problem too. The RBA is stuck between a rock and a hard place. Raising rates isn’t what it used to be, particularly in a global environment where near-zero rates are the norm.

A marathon not a sprint

In September, when Evergrande, one of China’s largest developers, was reporting debt problems and it hit the mainstream press, I wrote a note on the subject.

A lot has changed since then and will continue to do so. My point at the time was that Evergrande’s debt problems are a good indicator for any investors, small or large, of how debt can turn a great asset and investment into a toxic bomb if not used appropriately.

When times are good, nobody can see the consequences of debt. It’s only when things turn overnight, for whatever reason and often not predictable, that vulnerabilities are exposed.

Think about debt very carefully and never hesitate to step back when times are good. Rising markets make us feel great, whether it’s stocks, real estate, crypto, etc. We feed into the hysteria and often over-indulge in debt. The smart money, meanwhile, is treading cautiously, not blind to the risks that lie ahead.

Investing is a marathon, not a sprint. When the leading pack is sprinting ahead, it’s tempting to catch up. But the smart athletes will always pace themselves, leaving enough gas in the tank to complete the race.

Bank lending restrictions are a necessary pain that comes with investing. It’s much more comfortable driving a car without a seatbelt, until you get into an accident. Let’s use the same approach with our portfolios.