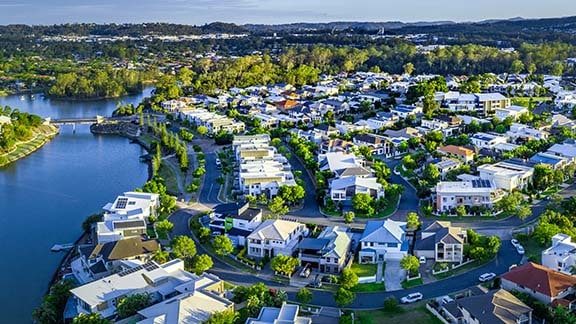 The latest figures released by the Australian Bureau of Statistics’ (ABS) on lending indicators shows Australia continues to record strong mortgage activity, in the face of COVID-19.

Owner-occupied loans (seasonally adjusted) continued it’s strong growth hitting $22.7 billion, a marginal 1 per cent rise on the previous month, which was the third consecutive monthly rise after falls from June 2021 through to Octobers 2021.

Investor housing rose 6.1 per cent to a “record high” of $11 billion, driving the rise in new housing loan commitments.

Total housing increased to a record $33.6 billion, which was 18.2 per cent higher compared to a year ago.

“Affordability advantages in the other capitals will however continue to support current high levels of home buying and sharply rising prices — particularly in Brisbane and Adelaide.”

While external refinancing went up 18.7 per cent on year-on-year to $14.2 billion, it recorded a steady decrease since its peak in August 2021 at $17.7 billion.

APRA said the banks recorded $9.1 billion (up 0.7 per cent)  in owner-occupied home loans, while investment housing lending increased by $2.4 billion or 0.4 per cent.

Total residents loans and finance leases increased by $15.5 billion or 0.5 per cent in January, compared to $26.2 billion the month earlier.

Across the major banks, all the big four banks recorded growth in their respective mortgage portfolios, driven by owner-occupier lending.

NAB recorded $282.5 billion in home loans, with owner-occupied loans equating to $179.8 billion – a slight increase on the month prior which totalled $178.5 billion.

For Westpac, there had been $1.9 billion in owner-occupied loans added to its book in January, compared to $2.5 billion the month earlier, taking its total loan book to $258.3 billion in occupied loans, with a total of $168.7 billion in investment housing.