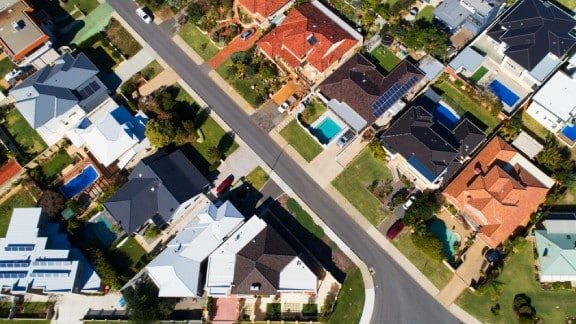 The first month of winter was one where value growth continued to freeze, marking Australia’s “sharpest slowdown” in more than three decades.

According to PropTrack’s latest Home Price Index, the median value of a dwelling in Australia over June was $716,000, reflecting a 25-bp stumble in growth compared to preceding month and a 55-bp drop since prices peaked in March 2022.

This fall was driven entirely by capital cities, with the respective median value reaching $778,000 over June – a loss of 35 bps month-on-month.

Adelaide (42 bps), Hobart (26 bps), Perth (12 bps) and Darwin (8 bps) all reported growth over the same period, with the REA Group analytics outfits noting that housing within the former three is currently at its peak.

According to PropTrack, these figures indicate that a “two-speed housing market” remains evident in the country – one that’s being driven largely by cost.

“The biggest slowdowns have been in the most expensive markets of Sydney, Melbourne and the ACT,” the report stated.

“Affordable, lifestyle regions of Brisbane, Adelaide, regional Queensland and Tasmania have continued to grow, but the slowdown is spreading to these markets, with Brisbane posting its first small decrease since the pandemic began.”

PropTrack also said that conditions in the housing market have cooled at such a pace, which is the “sharpest slowdown in prices in more than 30 years”.

“We expect continued price falls across the country until the uncertainty about the extent of interest rate increases is resolved – likely extending beyond 2022,” the report stated.

These national figures marked the second consecutive loss in home values reported by PropTrack since the start of the pandemic, with price growth dropping by 11 bps over May.

Despite these latest figures indicating that winter has come for Australia’s property market, they also indicated significant value growth for Australian housing over recent years.

For capital cities, these figures are 8.77 per cent and 29.2 per cent, while Australia’s regions reported 19.22 per cent and 49.5 per cent over the same periods.

This pandemic surge in value was reported at its strongest in regional Tasmania, which boosted by 55.1 per cent to 507,000.

Hobart was the strongest capital city over this same pandemic period, lifting by 50.1 per cent to hit $696,000.

The same figures also found that, over the same period, the number of Australians who owned a home with a mortgage reportedly almost doubled.

Separate data released by CoreLogic this week also suggested that almost one-quarter of all Australia’s dwellings sold for over $1 million in the year to March.