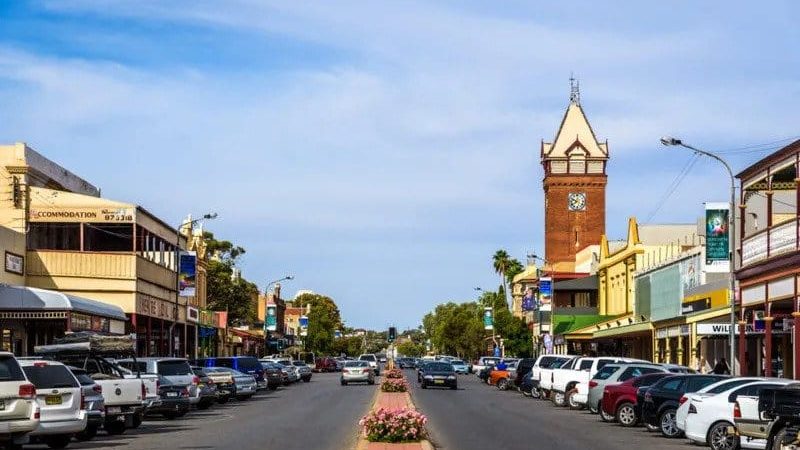 Real estate investors are flooding back into the market and would-be landlords on a budget could find properties that pay for themselves.

Thanks to strong growth in rent prices in many parts of the country – particularly regional areas – there are a number of suburbs potentially delivering healthy cash flow.

New PropTrack data reveals the top 10 suburbs with the strongest rental yields for both houses and units, using an automated valuation model to give the best real-time result.

A rental yield describes the difference between the income received from leasing out a dwelling minus the costs of maintaining that investment.

Expressed as a percentage, it is generally accepted that a yield around the 6% to 7% mark is likely to be cash flow neutral, meaning the landlord breaks even.

Anything higher than that is likely to be cash flow positive, meaning there’s a net income.

PropTrack economist Angus Moore said rental yields have fallen over the past couple of years with house prices surging much faster than rents have grown.

“After falling through the start of the pandemic in some places, particularly in inner-city Sydney and Melbourne, advertised rents are now growing very quickly around the country,” Mr Moore said.

“Median advertised rents on realestate.com.au were up 9.3% year-on-year in April. With prices now flat or falling, this growth in rents will start to rebuild yields.”

In New South Wales, the town of Broken Hill tops the list of strongest house yields with whopping 10.07% and Moree in the state’s north came in second with a yield of 8.37%.

The suburb with the strongest unit yield is Tolland in the regional town of Wagga Wagga, with 8.35%.

“Relatively more affordable house prices in some regional areas offers the opportunity for better yields, and we’re seeing that in some of the suburbs that top the NSW lists,” Mr Moore said.

Unsurprisingly, for both houses and units, none of the top 10 suburbs with the strongest yields are in Greater Sydney, given the rapid growth in property prices over recent years.

Victoria’s top 10 lists for houses and units were dominated by non-metropolitan suburbs, again due to Melbourne’s high house prices and a collapse in the city rent market during COVID.

“Melbourne’s rental market was the hardest hit of the capital cities during the pandemic,” Mr Moore said.

“Advertised rents in Melbourne fell 8% during the pandemic, and while they are growing quite quickly now, they are yet to reach their pre-pandemic level.”

For units, Moe in the Latrobe Valley delivers a yield of 6.56%, while Sale in the Gippsland came in second with a yield of 6.42%.

The bustling regional town of Sale also appeared on the top 10 house yields list, in the final spot with a 5.53% yield.

It was a similar regional-focused story in Queensland, where the only metropolitan suburb to appear on the list was The Gap in Brisbane’s northwest, thanks to its healthy median unit yield of 10.02%.

Otherwise, the regional mining town of Mount Morgan in central Queensland delivers the strongest yield for houses on 10.31%.

For units, the small town of Miles in the Western Downs region came in on top with a yield of 10.46%.

“Some of these mining areas can offer attractive yields, but these can be very volatile markets, with big swings in home prices driven by outside factors,” Mr Moore cautioned.

South Australia’s top result for houses was in the resource-rich town of Port Pirie, with Port Pirie West delivering a yield of 9.45%.

Roxby Downs, a services and logistics hub, topped the unit yield list on 11.16%.

In Tasmania, Smithton on the far north coast came out on top for house yields with 6.2%, while South Launceston topped the unit list with 6%.

Canberra’s Lawson was the best performer for house yields on 4.7%, while Curtin’s 6.77% unit yield saw it top the unit list.

In the hot West Australian market, Kambalda East, in the remote mining town of Kambalda, delivered the highest house yield on 13.2%.

The town of Newman in the Pilbara was the best for unit yields on 13.9%.

And finally, in the Top End, Katherine was the Northern Territory’s top result for house yields on 7.44%, while the suburb of Katherine South was first on the unit yield list with 7.95%.

The PropTrack data on yields uses an automated valuation model, which gives a more current and reflective result than a median price.

Comparing these suburbs’ median dwelling price and median weekly rental price might deliver a different yield result, however it would look at the price of all properties rather than just those rented out.

The automated valuation model yield is therefore more indicative of what’s actually happening in each location.

But, of course, what makes an investment ‘good’ goes beyond its yield and also relies on proper due diligence by investors.

“Yields are not the only things investors should consider – other factors, such as how long it will take to find tenants, maintenance and strata costs, and financing are all important,” Mr Moore said.