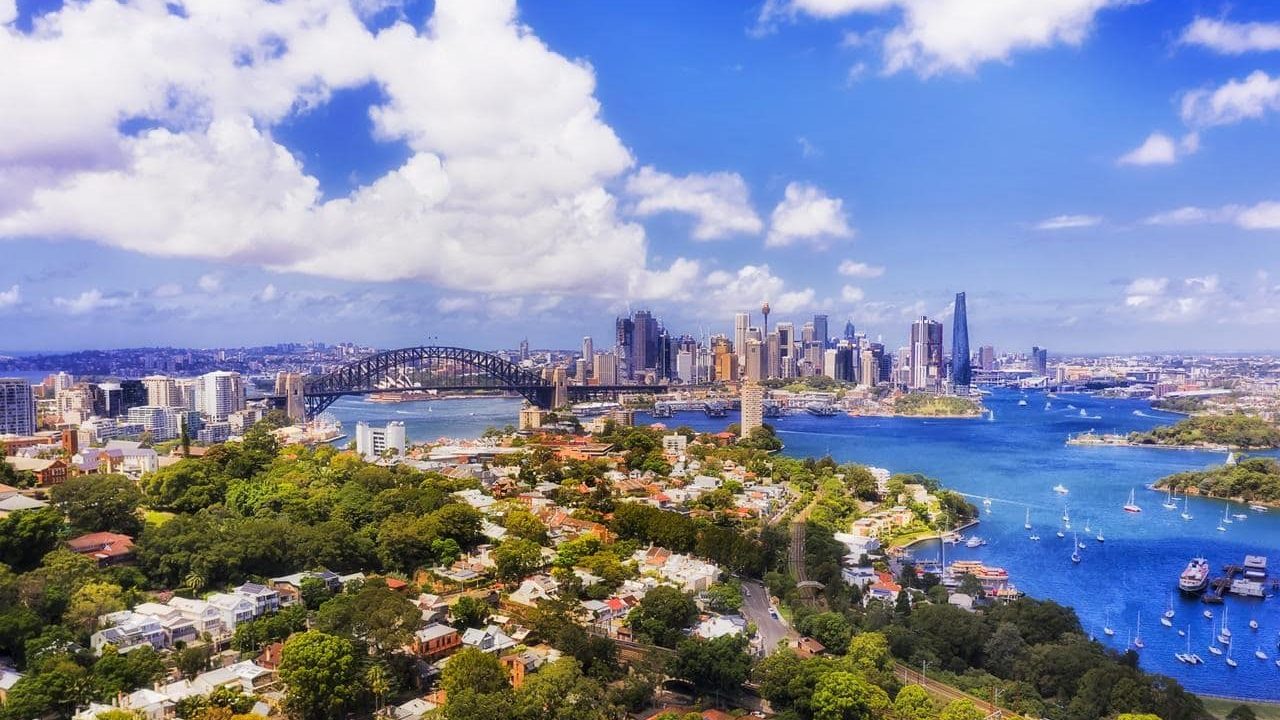 Although housing values continued to rise across the remaining capitals, the growth was not enough to offset the depreciation in Sydney, Melbourne and Canberra, which pushed the combined capitals index -0.3% lower over the month.

Sydney has been recording progressively larger monthly value declines since February, while Melbourne has fallen across four of the past six months.

Canberra, Australia’s second most expensive property market behind Sydney, has experienced nearly three years of consistent positive growth and although dwelling values increased 2.2% in the three months to May, softer house values and affordability constraints are likely to have had an impact.  Accounting for the marginal decline evident in May, Canberra housing values remain 37.9% higher vs. pre-pandemic levels.

Outside of Sydney, Melbourne and Canberra, growth trends remained positive in May, albeit with less momentum in most markets. Perth and Adelaide were the exceptions, where the quarterly growth trend lifted in May, although both regions remain below the peak quarterly rate of growth.

CoreLogic’s Research Director Tim Lawless said despite the 0.5% rise in housing values across Australia’s combined regional areas, it was not enough to keep the national index in positive monthly territory, with the national HVI down -0.1% in May, the first monthly decline in the national index since September 2020.

“There’s been significant speculation around the impact of rising interest rates on the property market and last month’s increase to the cash rate is only one factor causing growth in housing prices to slow or reverse,” he said.

“It is important to remember housing market conditions have been weakening over the past year, at least at a macro level.”

Mr Lawless noted the quarterly rate of growth in national dwelling values peaked in May 2021, shortly after a peak in consumer sentiment and a trend towards higher fixed mortgage rates.

“Since then, housing has been getting more unaffordable, households have become increasingly sensitive to higher interest rates as debt levels increased, savings have reduced and lending conditions have tightened,” he said.

“Now we are also seeing high inflation and a higher cost of debt flowing through to less housing demand.”

With the trend rate of growth easing across most regions over the past year, the annual rate of change has eased sharply over recent months, dropping to 11.7% across the combined capital cities, down from a recent peak of 21.3% over the 12 months ending January 2022.

Whilst continuing to demonstrate stronger growth conditions, regional Australia has also come off peak growth rates Mr Lawless said, with the annual growth trend easing to 22.1%, down from its January peak of 26.1% and likely to trend lower through the rest of the year.

“Considering we are already seeing the pace of growth easing across most regional markets, it is likely we will see growth conditions softening in line with higher interest rates and worsening affordability pressures,” he said.

“Arguably some regional markets will be somewhat insulated from a material downturn in housing values due to an ongoing imbalance between supply and demand as we continue to see advertised stock levels remain extraordinarily low across regional Australia.

The trend in advertised stock levels helps to explain the weaker conditions across Sydney and Melbourne. Nationally, advertised stock levels remain -10.3% below levels seen this time last year and -28.4% below the previous five year average. However, inventory in Sydney and Melbourne are now higher than 12 months ago and against the five-year average.

Sydney’s advertised listings are 5.1% higher than a year ago and 1.5% above the five-year average.  Similarly, Melbourne’s advertised stock levels are up 1.3% on last year and 8.1% above average based on the previous five years.

“With stock levels now higher than normal across Australia’s two largest cities, buyers are back in the driver’s seat,” Mr Lawless said.

“Higher listings add to tougher selling conditions more broadly. Vendors in Sydney and Melbourne have faced lower auction clearance rates since mid-April and those selling via private treaty are taking longer to sell with higher rates of discounting.”

Outside of Sydney and Melbourne, stock levels remain below average, especially in the cities where housing values are rising the fastest:  Adelaide (-39.5%), Brisbane (-38.2%) and Perth (-34.7%) all have advertised stock well below the five-year average.

While advertised stock levels provide some insight about the supply side of the market, home sale volumes provide guidance on housing demand.

Sydney recorded the largest drop in estimated home sales, down -33.4% in the three months to May compared to the same period in 2021. Canberra (-21.6%) and Melbourne (-21.3%) also recorded significant reductions in activity.

“Our estimate of homes sales nationally over the three months to May is -19.2% below the same period a year ago, but still 12.1% above the five-year average,” Mr Lawless noted.

*Note recent months are estimates and will revise.

While housing value growth has slowed, rents continue to rise swiftly.  Nationally, CoreLogic’s Hedonic Rental Index increased 1.0% in May, taking the quarterly rate of growth to 3.0%, up 60 basis points on a year ago.

“Early in the pandemic rental demand for medium to high density dwellings fell sharply due to a preference shift towards larger homes and a demand shock from closed international borders,” Mr Lawless said.

“As rental affordability pressures mount, demand for higher density rentals has steadily grown due to the unit sectors’ relative affordability advantage.  More recently, demand has been boosted by international arrivals returning to the rental market.”

Amidst rising rents and a general easing in home value growth, yields are recording some upwards momentum, especially in Sydney and Melbourne.

“Despite the upwards trajectory, yields remain remarkably low in both cities, but a recovery back to average levels may be relatively quick if housing values continue to fall while rents maintain this growth trajectory,” said Mr Lawless.

As interest rates normalise over the next 12 to 18 months, the expectation is most of Australia’s capital cities will move into a period of decline brought about by less demand.

Mr Lawless said the trajectory of interest rates will be a key factor in future housing market outcomes. Forecasts for where the cash rate may land are varied. After the Reserve Bank’s decision to lift the cash rate by 25 basis points at its May board meeting, the RBA noted: “it’s not unreasonable to expect that interest rates would get back to 2.5%.” Financial markets are still betting on a cash rate above 3% before mid-2023, while economic commentators show a broad range in their cash rate forecasts.

With the housing debt to household income ratio at record highs, household balance sheets are likely to be more sensitive to rising interest rates.

High inflation could be another factor contributing to softer growth conditions in the housing sector.  A prolonged period ofhigh inflation is likely to lead to lower rates of household saving and may potentially weaken prospective borrower’s ability to meet serviceability assessments from lenders.

Consumer sentiment also remains low, with Westpac and the Melbourne Institute’s monthly reading falling another 5.6% in May to its lowest level since August 2020. Historically there has been a strong correlation between consumer attitudes and housing market activity.

These factors, together with stretched housing affordability and a more conservative approach from lenders, especially towards borrowers with high debt levels, are likely to contribute towards less housing demand over the medium term.

“As income growth outpaces housing values, the home deposit hurdle will gradually lessen, reducing one of the key barriers to entry for home buyers.”

“Strong labour market conditions, together with a growing economy will help to contain mortgage arrears and mitigate some risk of a surge in forced sales placing additional downwards pressure on housing values.”

Another factor helping to contain distressed listings amidst rising interest rates is that most households are well ahead of their mortgage repayments. In the latest Financial Stability Review, the RBA noted the median repayment buffer for owner occupiers with a variable mortgage rate had grown from 10 months of scheduled repayments at the start of the pandemic to 21 months of scheduled repayments in February 2022. Even with a two percentage point rise in mortgage rates, the median repayment buffer would reduce to 19 months, which is still substantial. With the median household well ahead on their mortgage repayments, the risk in falling behind on their debt obligations is reduced.

Mortgage stress should also be minimised to some extent by mortgage serviceability assessments at the time of the loan origination. All borrowers have been assessed under a mortgage rate scenario 2.5 percentage points higher than the origination rate, and since October last year, borrowers were being assessed with a buffer of 3 percentage points.

Under these serviceability scenarios, Mr Lawless said it was reasonable to expect borrowers should be able to accommodate higher mortgage repayments costs, although such a rapid rate of inflation could create some challenges for borrowers with thinly stretched budgets.

“With the RBA set to steadily raise the cash rate through the rest of the year and into 2023, we are likely to see falls in housing values become more widespread as mortgage rates trend higher,” he said.